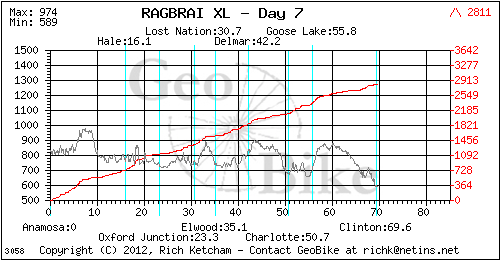 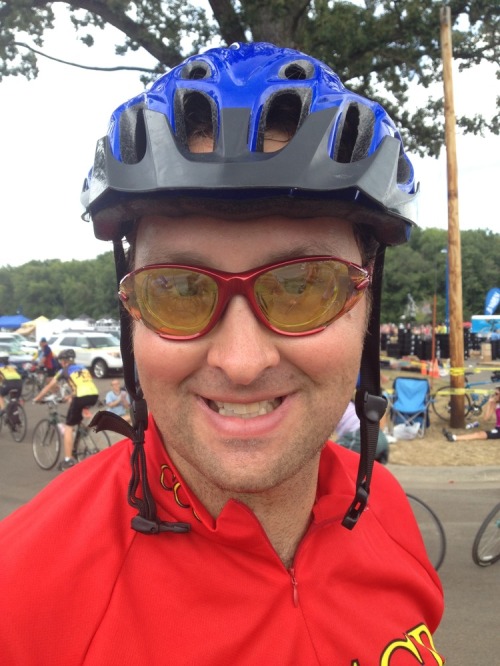 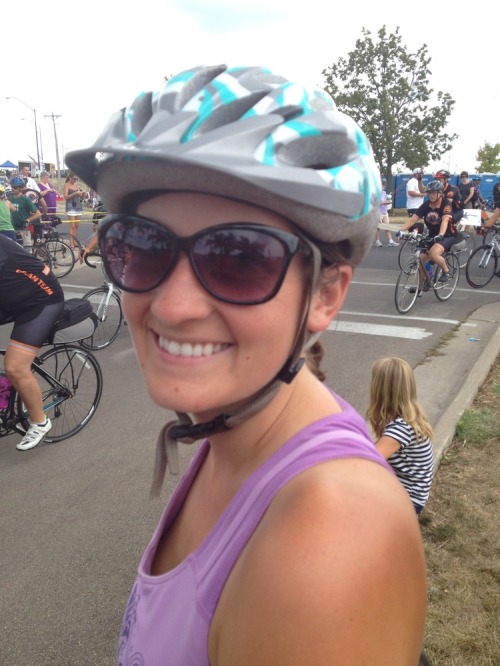 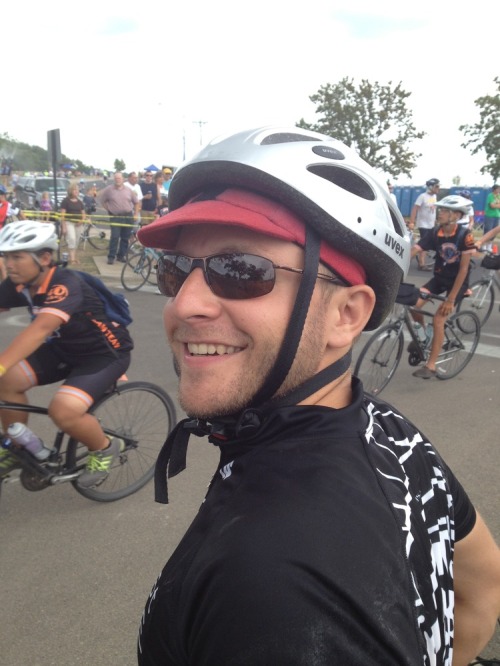 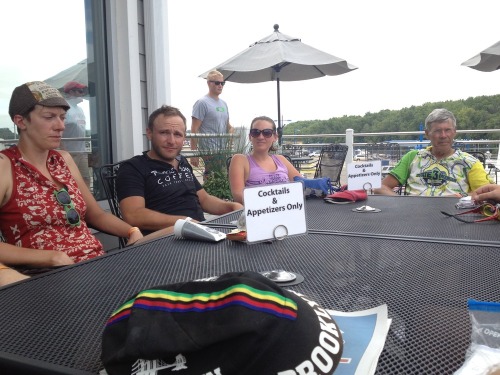 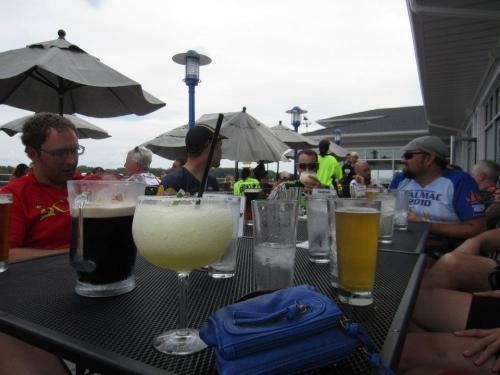 The last day of RAGBRAI kind of stinks. We’d ridden a lot of miles without a rest day and were only getting 5-6 hours of frequently interrupted sleep. We’ve only had one day of decent weather, preceded by 5 days of draining heat and constant sweat. I wake up for the last day, and I’m tired. My legs feel fine, but I could really use another four hours of sleep. It was pretty cool overnight and my throat is scratchy as I get up, like maybe I’m getting a cold. My bladder woke me up before my alarm, but when I get to the kybos there’s a line and for several minutes it isn’t moving. I go back to camp and take a bottle into my tent to solve that problem. I get dressed, donning my  Oscar the Grouch jersey for the last time. Everyone is slow getting started. Tired, but also sad that this adventure is coming to a close. We may not be rearing to ride, but that doesn’t mean we want to go back to the real world.

The last day of RAGBRAI kind of stinks for another reason – riders who are part of a charter group, which is a substantial number, are on a pretty strict timeline to get to the finish city so that they can get transportation from the finishing city to wherever they need to go. For some, that means getting done with the 70-mile route by noon. Lots of riders start early and get through the route quickly, so there are fewer people out on the road by the time we get rolling. Vendors have given up, so there are fewer options to choose from along the route. The mood on the road is kind of subdued in general. But it is the last day and we want to finish in style, and also as a team, so we’re going to stick together today. Well, George went on ahead, but that was expected at this point.